I Know These People

As I walked through the book store, I passed the Chicago section. There was a series of books of pictures of various Chicago ethnic groups. I searched—and sure enough, there was a book of beautiful pictures about Chicago Irish people.

Irish Chicago is a collection of pictures about the Irish contribution to Chicago, and the achievements of Irish Chicagoans.

Many of the things shown, I knew about—the Irish mayors and political, labor, and business leaders. But many of the pictures were of non-famous Irish attending benefits, concerts, community events, and, of course, St. Patrick’s Day festivals.

However, what surprised me was that many of the pictures were recent and were people I knew! What a delightful surprise!

Irish Chicago is positive and optimistic. It points the way to the future for the Chicago Irish. “… a high level of participation in these [music and dance] and other arts [books and plays] will keep the Irish community in Chicago dynamic rather than nostalgic…”

When the publicist called to say she had sent Cleburne, she described it as a graphic novel. This was a new term to me. So when the book arrived, I was surprised to find it filled with colorful and vibrant pictures, but with little text! (Your imagination supplied the text.) The book was something like a comic book for adults. It was strange, but it worked.

The book tells the story of Irishman Patrick Cleburne, an extraordinarily brave and resourceful officer. He rose in the ranks to become a general for the Confederacy. This book is about the last year of his life.

All I knew of him before reading this book was that during the Civil War he stopped a huge Union fleet form entering the Red River, near Arkansas, from the Mississippi River.

He had only seven cannons—land batteries—but he positioned them at this vital point. He refused to stop firing and to flee despite the fleet’s bombardment. He kept up firing until the Union fleet turned around and retreated down the Mississippi. This was in 1864.

This book tells us of his personal life during the war, something about his fellow generals and especially about his plan to add manpower to the Confederate forces by enlisting slaves.

General Cleburne realized that the South was at a great disadvantage with the North in manpower—history books say four or five to one!

The Irishman felt compassion for the slaves. But he realized that they presented a huge potential source of soldiers for the South.

It is a misconception that Southern soldiers fought for slavery. Few of them owned any slaved. They fought for the right of each state to be independent. Each State was to remain separate and hive its own political power. They didn’t want their State’s to be interfered with, invaded or bullied by the central government in Washington.

However, the United States was gradually becoming a centralized government in Washington, and in that concept, the states were similar to administrative districts. That was the main issue of the Civil War.

General Cleburne risked his military career to propose that slaves become armed soldiers. For their service they would become free upon enlistment. “This was a revolutionary concept for its day and sent Cleburne’s life spiraling down a perilous road…”

However, it was too late in the Civil War by then (1864) and his visionary idea came to nothing.

Patrick Cleburne “was not only a great military leader, but he was an advocate for African-Americans who risked his reputation for his ideals.”

The Irish Americans: A History

The Irish Americans, by Jay Dolan, tells the amazing story of how immigrants from Ireland, many of them desperately poor, achieved economic success and social acceptance in America.

Dolan uses vivid anecdotes and quotes, with startling facts (all carefully researched and documented) to tell that story of relentless struggle.

Until Dolan published this book, there had been no general history of the Irish in America since William V. Shannon published The American Irish in 1963. I use this book frequently for help writing reviews. The literature and theater sections are particularly useful.

Dolan focuses this new book on four topics: religion, politics, labor and nationalism. Each of these parts of the story of the Irish in America is important to our past.

Catholicism is an integral part of our history. Religion is a strong motivator of human actions. But Dolan overemphasizes the importance of this tradition. However, there are many other motivators, such as money, love, greed, etc.

This is a reflection of Dolan’s many years as a teacher at Notre Dame. The five previous books he has written are each about Catholicism. About this interest he says: “For much of my career I had focused on the history of American Catholicism.”

There is no mention of writers, musicians, composers or playwrights. There is hardly anything of a creative or intellectual aspect. Where are Eugene O’Neill, James Farrell, John O’Hara, F. Scott Fitzgerald, Thomas O’Shaughnessy, Frank McCourt, Alice McDermot, Thomas Flanagan, or playwrights like John Patrick Shanley?

About his enormous omission, Dolan says: “I have to acknowledge that his history of the Irish in America is incomplete. I do not discuss their achievements in literature, which have been extraordinary. Nor do I examine the fields of music or sports… I leave this another day and another historian”!

I enjoyed this book about Irish American history. The part of this great story discussed here is well told, but there is much more to tell.

Sex was not seen as joyous or life-affirming, but as a source of guilt and shame. Women were not viewed as our loved daughters, but as a necessary evil. These quotes tell us much about ourselves as Irish Americans, even today.

“According to the clergy, the vice… bedeviling the Irish was the sin of the flesh. When it came to sex, the Irish were prudes… In Ireland the system of marriage… shaped the attitude toward sex. Those sons and daughters who could not marry were, according to Catholic moral teaching, obliged to live a life of permanent celibacy. The opportunities for marriage and family was one of the major reasons why so many young Irishwomen emigrated. No doubt many single men chose emigration for the same reason.”

“In warning young men to avoid sins of the flesh, the clergy depicted women as evil temptresses who could lead them down the road to perdition.” Another clerical warning: “In regard to women, do not trouble about them until the time comes for a suitable marriage…”

Contrast those warnings of sin and guilt with the humane and charitable attitude of a political leader in Boston. Not only did he care for his constituents and was kind to them, but he viewed them compassionately, as he said “with charitable and forgiving eyes [for their] lapses of human conduct.” 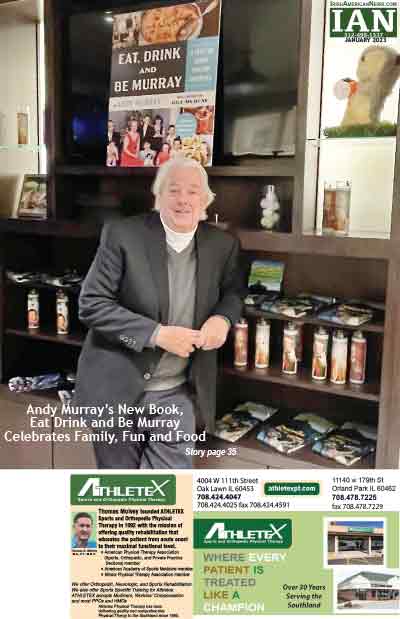 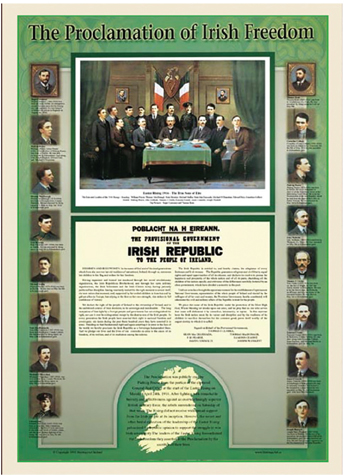